Trivandrum on top among 30 “Smart Cities” announced by Govt.

While both the capitals of Jammu & Kashmir, Jammu and Srinagar, made it to the list, Congress chief Sonia Gandhi’s constituency Raebareli could not find place. Even the NCR city of Meerut failed to find place. There was a tie between Raebareli and Meerut when Uttar Pradesh had first sent the list of cities for getting smart city tag. Even Ghaziabad did not get selected. 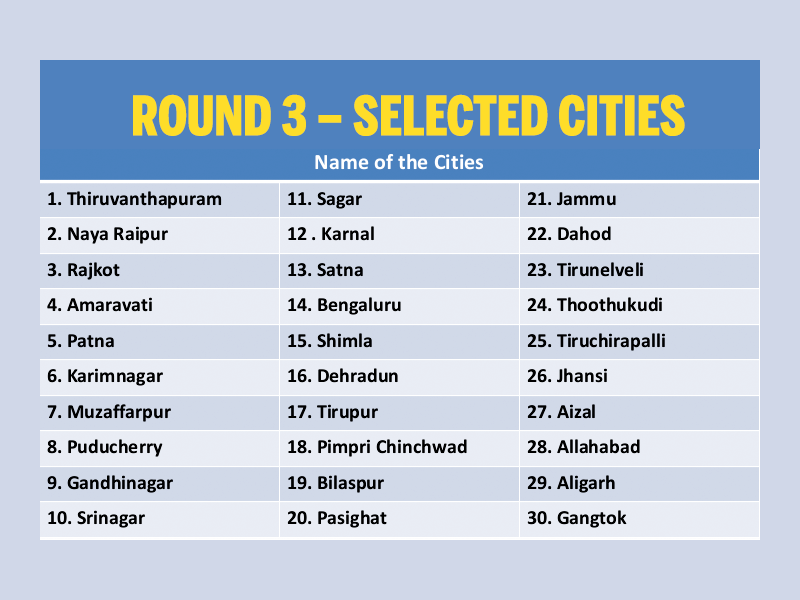 Uttarakhand capital Dehradun this time made it to the list. Mumbai did not participate in the competition. The names were announced by Union urban development minister M Venkaiah Naidu.

Though, Centre was expected to announce the names of 40 cities, non-participation of Bengal and Mumbai brought the numbers down. Moreover, some of the city municipal bodies failed to score the minimum qualifying mark during evaluation of their bid for the tag.

Naidu said that 45 cities contested for 40 available smart city slots but only 30 were selected to ensure feasible and workable plans that match the aspirations of the citizens
These cities have proposed to invest Rs 57,393 crore under respective smart city plans. With this, the total number of such cities have gone up to 90 with a total investment of Rs 1,91,155 crore.