5 facts about Thiruvananthapuram’s Sree Padmanabhaswamy temple you absolutely should know! 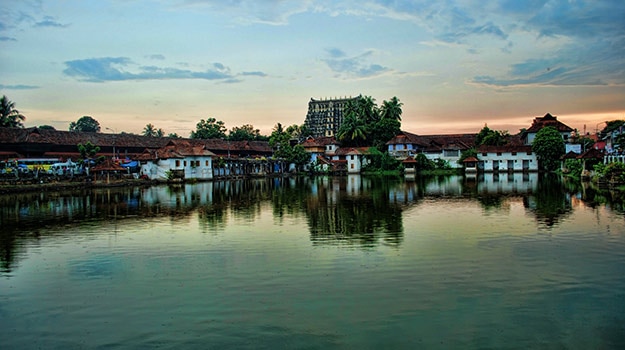 Kerala is home to more temples than one can count. Their unique architecture makes each of them stand out and almost each of them has a fascinating story behind it. The Padmanabhaswamy temple in Thiruvananthapuram is one such temple. It attracts millions of visitors every year and isn’t just one of the oldest temples in the country, finding mention in ancient texts such as the Puranas, but also one of the richest. Thiruvananthapuram’s Padmanabhaswamy temple is also unique because it houses the crown of Travancore. Why? Read on to find out seven most fascinating facts about the temple.

1. Its architecture is a blend of the Dravidian and the indigenous Kerala styles 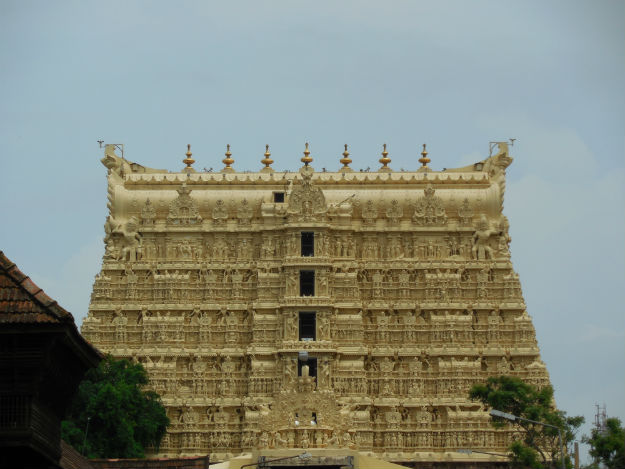 If you’ve noticed, not all of Kerala’s temples are as tall as this one. Most of them have sloping roofs and are often just a story or two tall. The Padmanabhaswamy temple, however, is heavily influenced by the Dravidian style of architecture, which is why it resembles a lot of the temples in the neighboring state of Tamil Nadu with its tall gopuram and high walls and intricate carvings.

2. The royal crown of Travancore lies in this temple 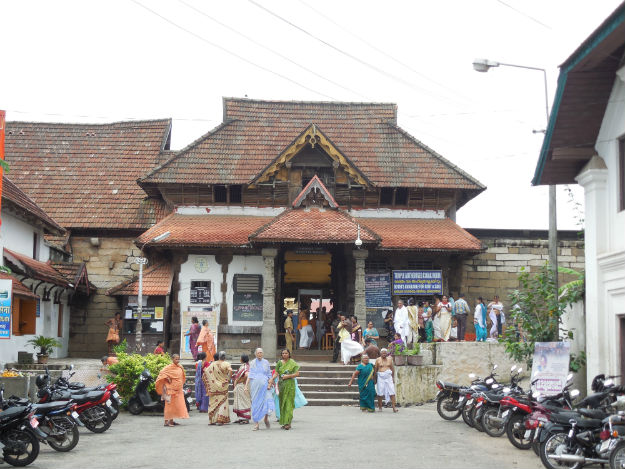 Vishnu is the presiding deity of the Padmanabhaswamy temple and is also the ‘ruler’ of Travancore. He was ‘crowned’ as the Emperor of Travancore in the 18th century and members of the royal family rule as regents on his behalf. Which is also why the royal crown of Travancore has been preserved inside the temple.

3. It is the richest temple in the world 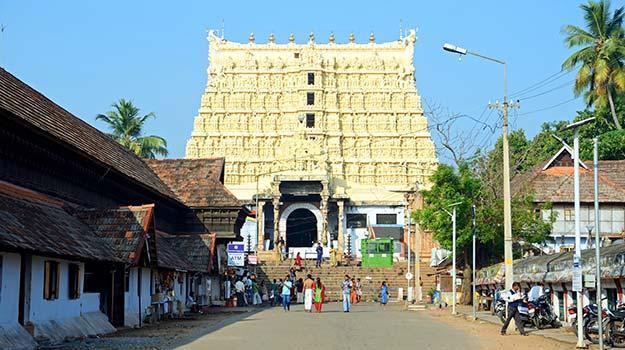 For the longest time, the folks at Padmanabhaswamy Temple went about their business without being aware that in its premises lay a treasure that would put all other treasures to shame. It was in 2011 that a treasure was revealed from its cellars. The treasure was valued $ 1 trillion at the time of its discovery making the Padmanabhaswamy Temple the richest in the world. To put this into perspective, the entire Mughal treasury at the zenith of its power could be valued at $ 90 billion.

4. It plays host to the laksha deepam festival

Celebrated once every six years in January, the laksha deepam festival is the biggest festival of the Padmanabhaswamy temple. The festival gets its name from the lighting of a hundred thousand (one lakh or laksha) lamps inside the temple and its premises. Held on the day of Makar Sankranti, the festival marks the end of 12 Bhadradeepams, a seven-day ritual that is held twice every year. On the day images of Padmanabha, Narasimha and Krishna are taken out on Garudavahana (Vishnu’s mythical eagle) in a grand procession.

5. The presiding deity is made of fossilized shells.

An image of Padmanabha or Vishnu reclining on the serpent Anantha or Adi Sesha is the center of the Padmanabhaswamy temple. With his right hand placed over a Shiva lingam, Vishnu is flanked by Lakshmi, the goddess of prosperity and Bhudevi, the goddess of Earth. Bramha is shown to emanate from Vishnu’na navel. Interestingly, the image of Vishnu is made out of 12,000 saligrams or fossilized shells that can traced back to the banks of Nepal’s Gandaki River.