Robots to be Used in Kerala to clean up Manholes

For the first time in Kerala, the state government will soon be utilising the services of Robots to clean sewer holes. The trial runs of the robot, developed by a startup company, Genrobotics, have been successfully held recently and the product will be launched next week, Kerala Water Authority (KWA) Managing Director, A Shainamol said. 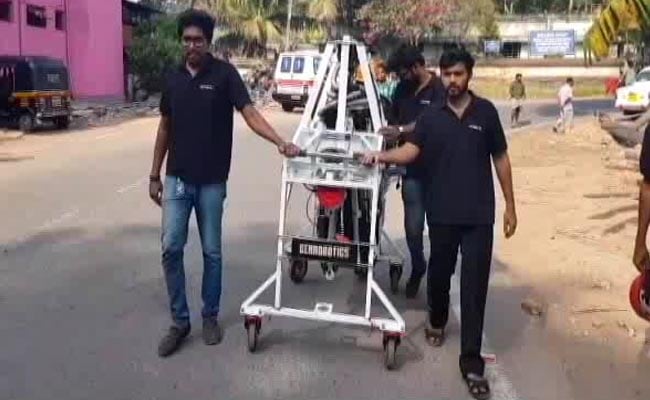 “The Kerala government is very excited with the project,” Shainamol told PTI.

The robot with be equipped with Wi-Fi, Bluetooth and control panels has four limbs and a bucket system attached to a spider web looking extension to scoop out the waste from sewers.

The project is supported by KWA, which has joined hands with Kerala start up mission to transform new ideas into practical technologies for addressing issues relating to pipe leakage and sanitation. Manual cleaning of manholes is really hazardous and dangerous.

The robot, nicknamed ‘Bandicoot’ will be initially utilized in Thiruvananthapuram City, which has over 5,000 manholes.

The trial run of the robot, developed by the 9-member group of youngsters from varying engineering streams, had been conducted successfully in the state capital recently, CEO and Chief Product architect of Genrobotics, Vimal Govind said.

The youngsters have given up their steady jobs to find a solution to end manual scavenging in an effort to bring in some dignity to the lives of these ‘invisible’ men who are paid just Rs 300-500 for their effort running into several hours.

According to Govind, during the trials held near the Medical college here, about 30 kg of garbage was pulled out by the robot and they were shocked to find sanitary napkins, clothes, surgical blades among other stuff in the clogged manholes.