The Attukal Bhagavathy (Attukal Devi) Temple, one of the ancient temples of South India, is popularly described as Sabarimala of the Women, as women form the major portion of devotees. The Goddess in the temple of Attukal is worshipped as the Supreme Mother (Attukal Amma), creator of all living beings and the mighty preserver as well as destroyer of them all.

Pongala (literally means to boil over) is a ritualistic offering of a sweet dish consisting of rice porridge, sweet brown molasses, coconut gratings, nuts and raisins. Devotees offer pongala to appease the presiding deity of the temple – the Goddess – popularly known as Attukal Amma.

Attukal temple in Thiruvananthapuram is known as ‘Sabarimala of Women’ and every year lakhs of women worshipers come to offer pongala to Attukal devi. The festival is in Guinness book for highest number of women devotees gathering at a place to offer pongala. 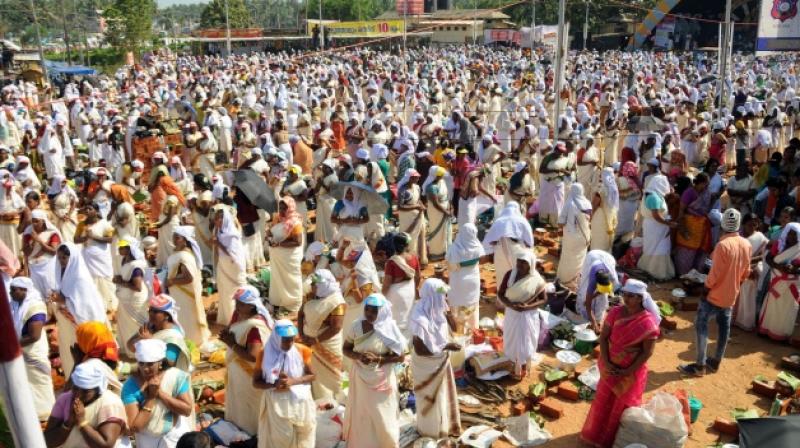